Read his story about open relationship and polyamory here:

I was thrilled when I learned the word polyamorous. “That’s me! That’s me!”

The word gave legitimacy to how I had chosen to live for most of my adult life, albeit with limited success. Along with the word, there must be a community, people who identify as polyamorous, and a way to find these people, making relationships more authentic. And there were!

Open relationship had always made sense to me. I was frustrated by the monogamous notion that the definition of love was the exclusion of everyone else. We define Us by excluding Them. Really? My love for you is defined by the fact that I don’t love anyone else? It just didn’t seem right.

Prior to learning the word polyamory and learning all the communication lessons that came with it, I would tell every woman I dated that I wasn’t going to fall in love with her, and would advise her not to fall in love with me, either. That if she wanted to have fun, enjoy each other’s company, have great sex, then great. That I didn’t want to be exclusive. The response I got was usually some version of “wonderful, I feel the same, I’m so glad to finally find someone who feels that way, too!” And usually, after a couple weeks, we’d have feelings for each other, and suddenly I’d find her claws in me when I went out with someone else. Eventually, I would succumb to monogamy. I can be monogamous quite successfully, and even turn off my attraction to other women. I have never cheated. But doing so requires that I turn off a part of myself – a part of myself that is vital to who I am, the part where my free-flowing energy comes from, the part where I feel fully a man. The only model society had ever offered to me was that having a loving relationship with a woman meant squashing down that vital energy and saying goodbye to sexual freedom.

I had some great relationships, but all at the expense of being fully myself. I just didn’t know any other way to do it.

When I learned the word polyamory, I vowed that I would never again date a woman who didn’t actively put herself out to the world as polyamorous. No more starting off open and ending up monogamous. I only was with women who had no problem that I was with other women.

After a year or so of that, I had a major revelation, an epiphany of sorts. I realized that I deeply desired a primary partner. I wanted a woman I could plan my life with, a woman who knew every little corner of my soul, a woman who was on my team, and I on hers, no matter what. To be clear, I wasn’t happy with this realization – quite the opposite, in fact. I didn’t like any notion of “The One” or any of the fairy tale stuff. I didn’t like the idea that I couldn’t find wholeness and fulfillment all by myself. But, I couldn’t argue with the burning desire, either. I wanted a soulmate and had to acknowledge the part of me that had secretly wanted her all my life.

So, I did what I do in this sort of situation. I read a book. I found Arielle Ford’s “The Soulmate Secret.” It’s about using the Law of Attraction to attract your perfect mate, visualizing yourself with your ideal partner, and various other nonsense that I really didn’t quite believe in at all. However, I reasoned, it couldn’t hurt. At the very worst, I would waste some time doing the exercises and unnecessarily get my hopes up. I read the book and I did all the things the book says to do, as if I believed every last new age word of it. (The only part I left out was the part about excluding everyone else in order to focus on your coming partner. I was quite certain I didn’t believe that part.) And (thank you, Arielle Ford!)…. it worked.

Laurie and I had known each other through the Ecstatic Dance community for seven years at that point. We both remember the day we met on the dance floor. For seven years since that day, either she was in a monogamous relationship, or I had been roped into one, back and forth, so that one of us was always unavailable. But, as I was finishing working my way diligently through “The Soulmate Secret,” something began to change between us on the dance floor. We didn’t talk about it at first, but we were both aware that something was happening.

The day we call our anniversary is the day I said, “Ok listen. I’m poly. I’ll always be poly. I have another girlfriend, and I’ll probably always have another girlfriend or two if I can help it, for as long as we’re together. If you think you can handle that, let’s talk. If not, let’s just keep it on the dance floor.”
Though it took me a few months to actually let myself believe that I had found my soulmate, well…I had actually found my soulmate! I have my Beloved, my partner, my Adventure Buddy. And, I still have my freedom. In this relationship, I am absolutely and completely my authentic self. Nothing is hidden. Everything is revealed, even my attraction to other women, which I had diligently squashed in so many other relationships. In fact, that attraction is shared by both of us and we have a ball looking at women, flirting, and sometimes more!

Being a coach and a coach’s partner doesn’t exempt us from disagreements and emotional upsets, of course. We both have our triggers and our off days. We both experience jealousy and all the usual stuff. But we have the tools to work through them. We’re learning to stay more connected in the midst of them. And we know that we always make it through to the other side before long.
Somewhere deep within me, I always knew that a relationship like this was possible. I’m deeply grateful that I held out. 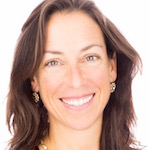